Anastasia – The Great Vedruss – Is there Evidence for her Existence?

← Back to the blog

A growing number of people have experienced it themselves: No book series has influenced their lives as powerfully and meaningfully  as the Anastasia (or “Ringing Cedars of Russia”) book series.

But what changes the life of one person by 180 degrees, may trigger in another little or no enthusiasm.

Some say that the book’s main heroine Anastasia really exists, some see her existence as a possibility and others believe that Anastasia is just an invention of Vladimir Megre’s mind.

No matter how you yourself think on this subject, I want to tell you about a true story of my life in which my friend Daniel had seriously doubted the existence of my wife Vana. I had been friends with him for more than a year at that time and had met him several times during this time and often phoned him. During that time, he had never seen Vana. During a phone call we had last year, he confessed, that he seriously doubted whether Vana really existed, or was just an invention of mine, which made me slightly sad back then. He explained to me that in a confidential roundup of friends they found out that none of them had ever seen Vana, and that she might as well be an invention of mine.

The image on my website would not be proof of her existence. In this circle, Daniel initially stressed that Vana must exist, but soon he became uncertain and doubts arose. In the summer of last year, Vana and I invited Daniel and his dad to have lunch with us. Before the meeting, the following thought made me nervous: “Hopefully Daniel will now believe that Vana is real and not just an invention of mine! It’s also not an unquestionable proof when he sees her, because I could have “hired” an Asian girl for this purpose, posing as my wife. I hope he does not have such a thought.”

The meeting went well and Daniel had no doubt about the existence of Vana. I was relieved.

Perhaps this event illustrates how easily people can be unsettled and what power rumors have. Although Daniel was already a friend of mine, he could seriously doubt whether Vana was real or just my invention. I guess one should not say that Anastasia is just an invention just because one did not see her or does not know anyone who saw her.

My experience may help to imagine how difficult it might be for Vladimir Megre. He can not simply show Anastasia as proof, and even if he could do that, it would only add to the doubters’ doubts. Even if today Anastasia would appear in front of the camera, this would not convince countless doubters of her existence.

What 5 indicators are there, which suggest that Anastasia is real?

Perhaps the strongest evidence is the strong feelings of many readers.Many were so deeply touched  after reading these books that they experienced a significant  shift in their consciousness, and the creation of a new world view. These are often people who have personally felt Anastasia and her great love, or who have met her inwardly.

Someone might argue here, “But the feelings are very subjective. They probably occur because people rediscover their childhood dreams or yearnings in Anastasia and her recommended way of life, which can trigger joyful feelings.”

That may be so in some cases, but I know several Anastasia readers who had very different dreams. Even in my case, this assumption is only partially true, because my dreams had more to do with sexuality, computer games and skateboarding and I felt bored with agriculture or horticultural activities.

As I grew older I even saw the traditional family as a great evil of our time, and saw intentional communities and natural tribes as the right path to follow.

So much in the books did not correspond to my dreams and desires at all! Still, I have felt more reading these books than any others books I have ever read! Waves of joy and happiness, or being deeply touched and feeling gratitude, have permeated me, sometimes while reading the books, and sometimes in contemplation of Anastasia’s work. I have felt Anastasia’s love, in my body cells, in my mind and in my feelings, and no one can take that experience from me. And even though some may think I’m crazy, there are countless people who have similar experiences and every year their numbers are growing. 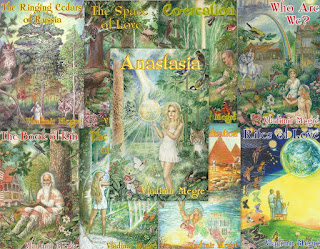 The existence of the books and the information they contain about past, present and future is another indication.

Much of the lost knowledge of the history of mankind has been brought to light by Anastasia and only gradually was confirmed by various scientists and archaeologists by new findings or insights. Many of her statements about the future, as unbelievable as they may have seemed at the time, have come true or are taking shape.

A skeptic could argue: ”It could also be coincidence that a lot of what she predicted has arrived, besides, some things that have been predicted, did not come true!”

Anastasia is certainly not infallible and the world is very complex, even for someone of her size. Nevertheless, she described the 1 hectare law over 15 years before its introduction, in a vision of the future of Russia. In 2016, Vladimir Putin actually introduced such a 1 hectare law, but unlike Anastasia predicted it for all of Russia, the Free Hectare law was introduced “only” for eastern Russia(about 1/3 of the Russian Federation), as well as in some other smaller regions of Russia(e.g. Belgorod). In addition to that, Putin has already suggested that within the next few years, this law could be extended for all of Russia!

Incidentally, Anastasia’s grandfather said:
“Anastasia does not prophesy the future, she is creating it!”

Already since 20+ years Vladimir Megre is regularly talking about the authenticity of his stories in interviews and lectures.

A skeptic could now interject: “Megre himself said that the books are a fictitious story!”

This rumor came about because from 1999 to 2001, Vladimir Megre was filing a lawsuit against a woman who was claiming to “channel” Anastasia and publish a book of “her messages.” The court saw no reason why not everyone could “channel” and write down Anastasia’s messages, unless Anastasia herself would appear in court and disagree, or if the books were the intellectual property of Vladimir Megre. To protect Anastasia and win the case, Megre was forced to tell the court that his books were “literary and artistic texts that can be attributed to the genre of science fiction,” proving that they were his intellectual property.

Other than that, we find Vladimir Megre’s statements that have been repeated to this day at innumerable conferences worldwide, about the real existence of Anastasia as a human being and about having two children together with her. He also reaffirms this in his books again and again.”

A skeptic could now interject: “Just because Megre claims that, it doesn’t prove that Anastasia really exists!”

That’s true.  But then you would be accusing the author of being a liar or cheater. He would be exactly that, since he has been vehemently advocating for over 20 years that the content of his books and it’s characters are genuine, including Anastasia and her relatives in the taiga. Such a person would not deserve fame as an author, but rather be sent to prison, because of deception and fraud! Or at least to be publicly outed as a liar. I think, it’s presumptuous to judge Vladimir Megre so harshly, without knowing him personally, especially as his books have already done so much good for the world and are continuing to reach ever more people with Anastasia’s message! 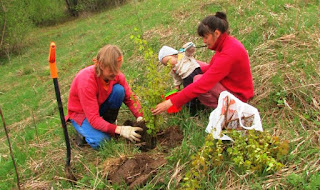 Some people do not believe in the existence of Anastasia because they can not imagine that a woman like Anastasia would choose a man like Vladimir Megre to spread her message.

Several people who dealt with him say that he is anything but a genius and often behaves anything but intelligently. But that is precisely why Megre is perhaps even the best proof for the authenticity of Anastasia. Despite his unwise personality, the idea of the ​​books is increasingly spreading the world over.It is a movement without leaders and as far as I know, this has never happened in that way before! Indeed, to see people strongly changing their lives after reading the books and making great life decisions is something very unusual if it were just a book phenomenon.

Fifth indication:
Some people believe Vladimir Megre paid somebody to write the content of his books. However, regardless of whether one regards Anastasia as real or not, no one will deny that the information exists, as well as the  images that have been born out of that information. So if the information exists, it follows that there must be a source for it. And this can only be Anastasia or somebody of her size, because one can only create what one actually is!

One can see that the information and the created images are very powerful, when you consider the fact that Christianity, as a movement, has taken over 300 years to be noticeably felt! The Anastasia books and the associated movement have only been around for about 20 years and already have a high degree of prominence and influence in society (especially in Russia and Eastern Europe) with corresponding profound consequences.

If you would like to see a glimpse of what the books have already triggered, you can watch these two short videos on YouTube:

The power of a great Vision

It seems as if Anastasia and Vladimir Megre have managed to co-create the greatest “life image” of all time.  In time, it will grasp more and more people and unite humanity as one.

The fact that there must first be great resistance towards this newly created image is logically explainable when we know about the principle of homoestasis. When an idea of ​​a group or culture is met with tremendous resistance, it’s either because it’s an incredibly bad or incredibly good idea. It is therefore only logical that there have been trials to distort the information of the books and to spread lies about the movement.

As Arthur Schopenhauer famously said, “All truth passes through three stages. First, it is ridiculed. Second, it is violently opposed. Third, it is accepted as being self-evident.”

Fortunately, unlike the Christian movement, the Kin’s Domain movement is not about making “believers” of and proselytizing others. Instead, the inspired readers realize the ideas they recognized as right in their own lives and thus become the practical role model themselves.

They do not change the world by their opinion, but by their living example!

Some say it might not really matter whether Anastasia is fiction or reality, and I can partly agree with that. It is true that the information from and about Anastasia, and the images created by her thought exist, and have an effect on our individual and collective reality.

However, imagine if my friend Daniel not only doubted the existence of my wife Vana, but even denied it. If I would have then given him Vana’s written messages, he probably would have doubted this information and might have devalued it too, don´t you think so? Even if it would have been important and true information from Vana personally, he might have dismissed it. Doubters should perhaps consider this.

Could it be possible that great, powerful, practical information for truth, love and world peace is passing by while not being recognized, because of doubt or denial of Anastasia´s existence?

Be the first to know about Ringing Cedars events, the Kin's Domain movement, and get content you'll love.